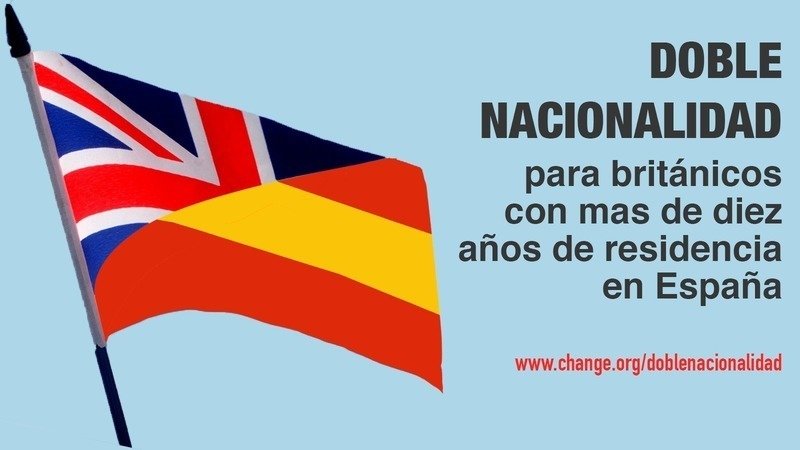 I have happily signed this change.org petition to allow the roughly 24,000 British people like me who live, work and pay taxes in Spain, the right to double UK-Spanish nationality.

As things stand, the most sensible thing to do now for people in my position in response to Brexit is to take on Spanish nationality, something I am delighted to do as I feel more than half-Spanish after 18 years here, but under current legislation, that means I have to renounce my British nationality to the Spanish authorities at the same time, as they do not allow Brits to have double nationality (they do allow this however to all South American citizens, and a few other countries, so it is quite possible).

To give up my British nationality feels like renouncing a great part of my identity, and allowing double nationality with the UK would solve this serious problem that Brexit has created.